For so long the PCT has a been a distant dream, but now I’m sitting here in disbelief that I’ll be in San Diego today and starting THE HIKE tomorrow. I’m not sure the exact date I really decided to attempt the PCT.  I had started to think more about it in September after a trip to Glacier National Park, yet I was still hesitant because my knee was having issues. I had told myself that I would make my decision if my knee got better. In November, after weeks of physical therapy exercises, my knee did get better, and I decided to get serious about the PCT.

Before I started planning for the PCT, I didn’t think it would be that complicated to arrange. Then I started a TODO list. As the list grew and grew, it then it dawned on me, that this wasn’t just planning a backpacking trip, but planning an expedition. Besides the TODO list, there was choosing all my gear. At the time I had been happy with all my backpacking gear, most of which I had made or bought during college. Then I began looking at the evil internet, and it started my lust for lighter gear. Equipped with more income than my college days, I was also able to look at things I had previously discounted. The choices were endless and I consumed many hours researching and going on spending binges. Lo and behold all nine point five pounds of fancy fabrics and carbon crap in the obligatory PCT hiker’s gear picture: 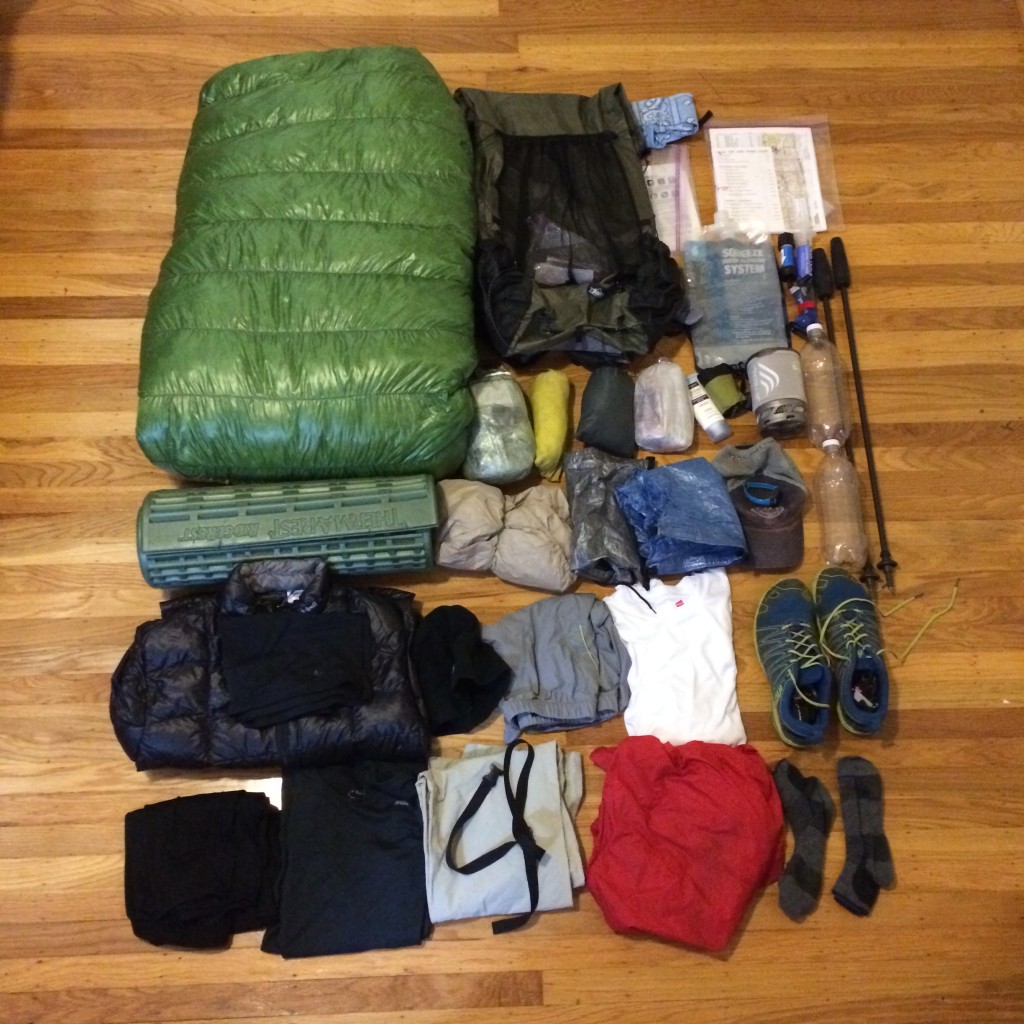