I received some rib material with the top and back I purchased Orcas Island but after working with it for awhile I decided to try some different wood. The second set of ribs I ordered from Bruce Harvey Rocky Mountain Tonewood. This set was much easier to work with and started out trimmed down to a manageable size. 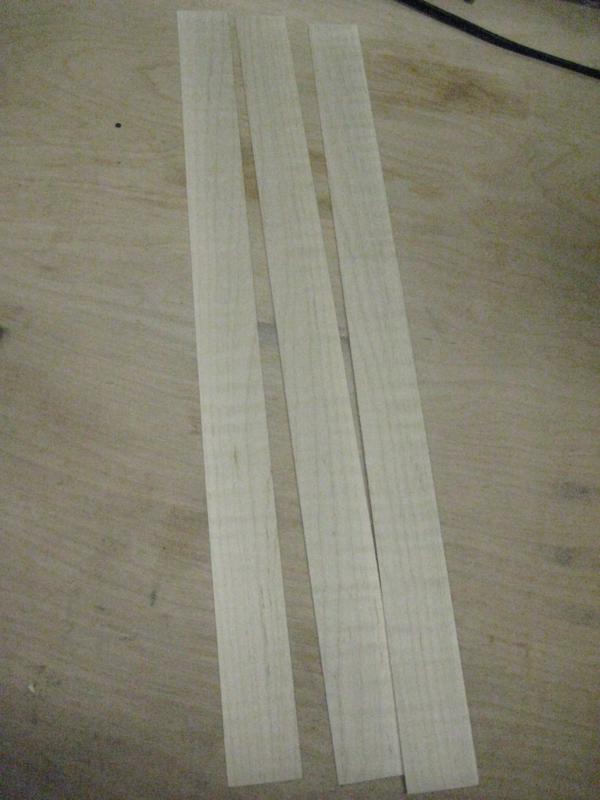 First, I used a shooting board and planed down one edge of the ribs. I then trimmed the ribs closer to the correct width on the bandsaw and then went back to the shooting board to clean up the edge cut by the bandsaw. 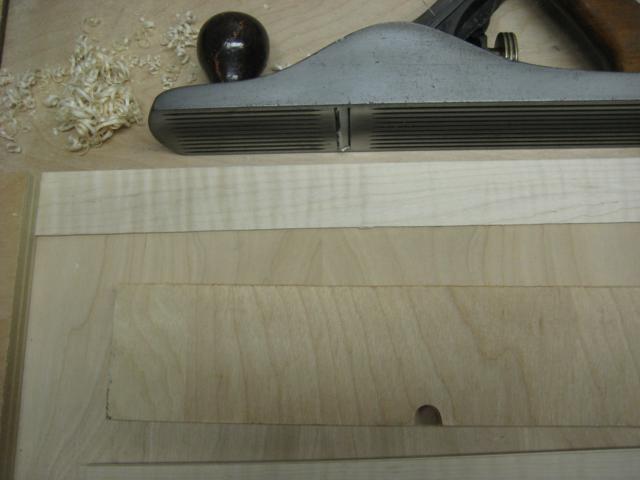 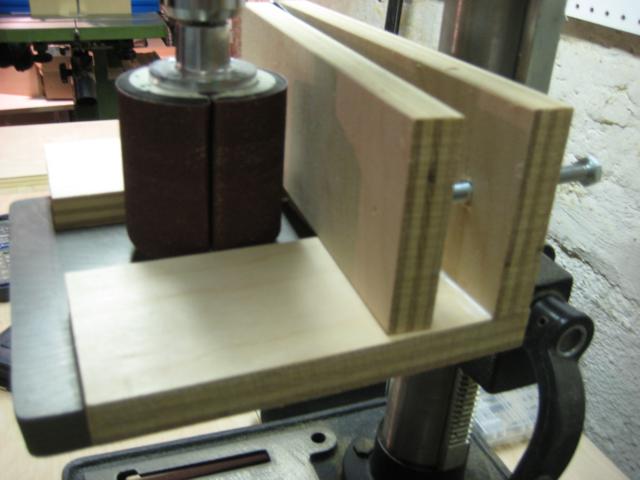 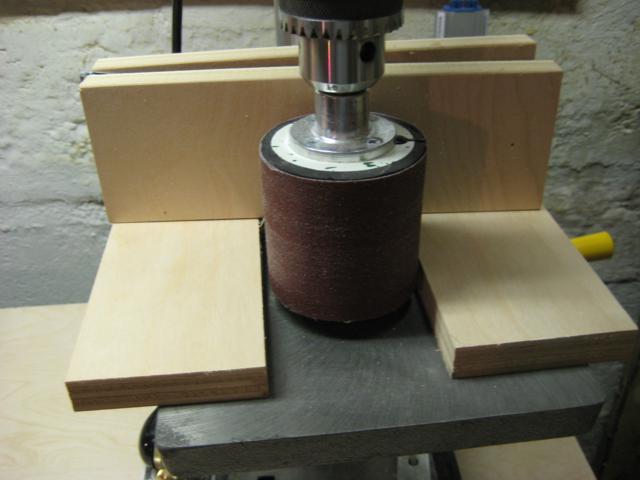 Each time I turn the bolt in the back it reduces the gap between the drum and the support. Again changing the sandpaper on the drum made a huge difference. This process was quite tedious and not very enjoyable since I had to have my shop vac running to keep the drum clean and collect all the dust. Next time I plan to get a toothed bladed or grind a special bevel on my block plane and do it by hand.

After thicknessing on the drill press the ribs were around 1.4mm, but the surfaces were very rough from the 80 grit sandpaper. To get a nice surface on the ribs I used a card scraper and reduced them to their final thickness of 1.1mm. As you can see below, scraping really puts a nice finish on the ribs and brings out the “flame”. 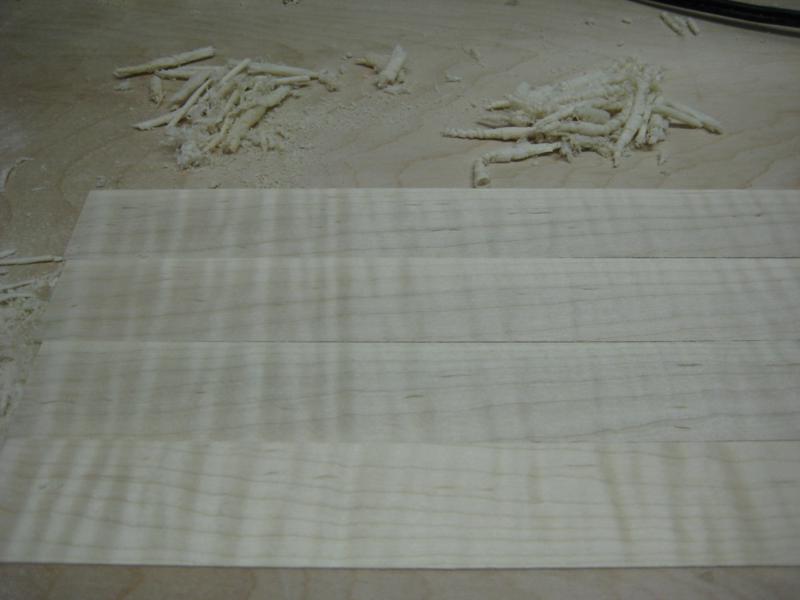 Next, I worked on the blocks which can be thought as the structural supports of the violin. For block wood I used willow from Orcas Island Tonewoods. Special consideration must be taken in cutting the blocks so the grain orientation is correct which makes shaping them later easier. In the end, I still don’t think I got it completely correct (more on that in shaping the blocks). The block thicknesses also had to be fairly exact to save time sanding later. 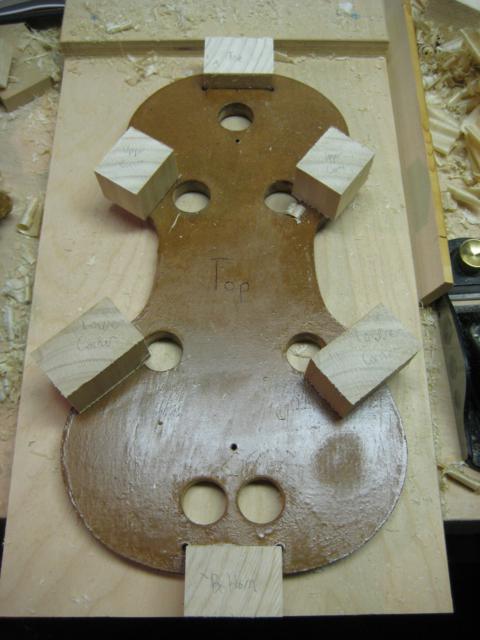 I then cut the blocks down to a more manageable size. My first attempt at gluing the blocks failed miserably because there was too much polyurethane in the block recesses where the glue went, so it did not adhere. I sanded down the block recesses and tried again with much better results. I don’t have a picture but on the bottom of the mold are three screws that raise the mould up so the blocks are centered. 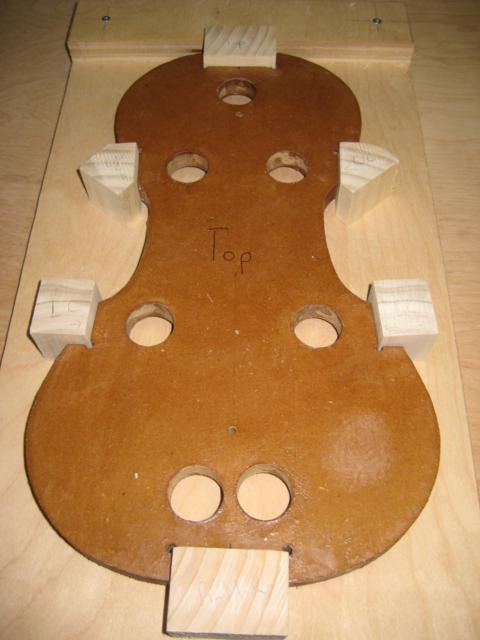 This was my first time ever working with hide glue. Hide glue requires you to heat it up to a specific temperature before use. Instead of spending $100 on a real glue pot, I went to the Portland Goodwill Outlet (“the bins”) and bought a water boiling pot for $1.25. “The bins” is worthy of its own story, but I’ll save that for another time. 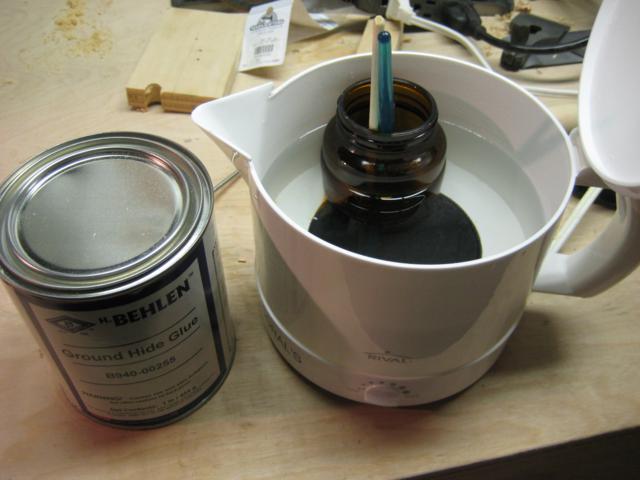 Now I must level the blocks. To do this I used two pieces of 80 grit sandpaper glued to plywood with spray adhesive. The blocks are slightly thicker at the bottom, so I had to stop and check the thickness quite often. 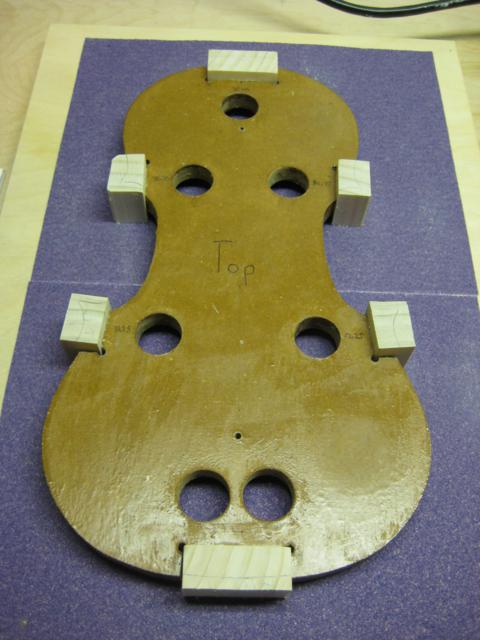 I then began shaping the blocks so they match the pattern. For now, I’ll only do the top, bottom, and insides of the the inner blocks. For the top and bottom blocks I used a chisel and some sandpaper. This was the first time I got to try out my chisels after sharpening them on a Veritas Power Sharpener that I picked up on Craig’s List for cheap. I can literally shave with them now they are so sharp. Even though they were so sharp, I made a minor mistake cutting down one of the blocks and went slightly into the waste area. I think this is because I didn’t get the grain orientation completely correct when I cut the blocks. Live and learn. 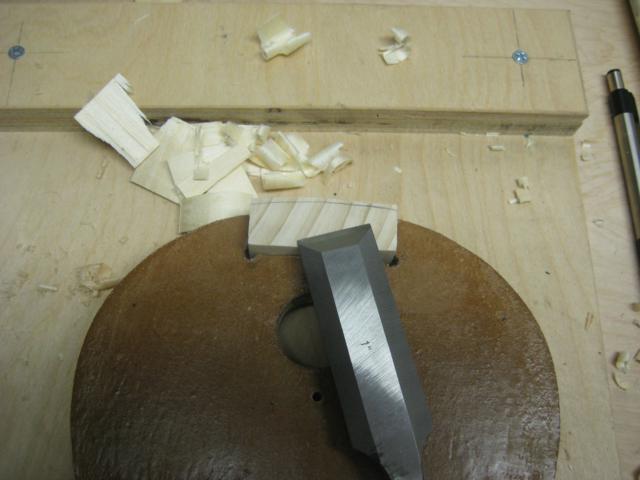 For the insides of the corner blocks I first trimmed them close to size and then used a sanding drum on my drill press. At first this was incredibly slow and tedious, but then I switched from the sand paper the drums came with to some nicer stuff and it went much quicker. On my next violin I’d like to try using an in-channel gouge, but I’ve already spent too much money, so I decided to use the tools at hand. To make the mould I used locator pins (drill bits) to hold the pattern in place on the mould while I traced the outline. First, one side was traced, then the pattern was flipped over and the pins were used again to trace the other side to make the whole violin outline. For mould material I used 1/2″ MDF which is nice and flat, but if I ever make another mould it will probably be with birch plywood or solid wood. I’m going to try and avoid MDF in the future because of the toxic chemicals used making it and the dust is very nasty. 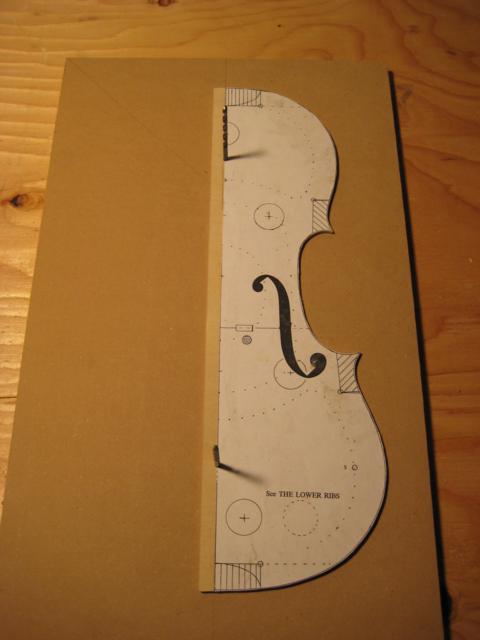 The first mould I made I used a coping saw to cut it out. Cutting MDF by hand was not very pleasant and I was not impressed with the results. I decided to make a second one, this time I took much more time and marked out all the block locations and places to drill holes. For the second mould I used a makeshift router table with a flush trim bit to cut it out. The top of the trim bit is a bearing that rests against the pattern, making sure the exact outline of the pattern is followed. I then cut out all the places where the corner blocks will go on the bandsaw. Using a fostner bit I cut out the holes for clamps. I was much happier with the result the second time. 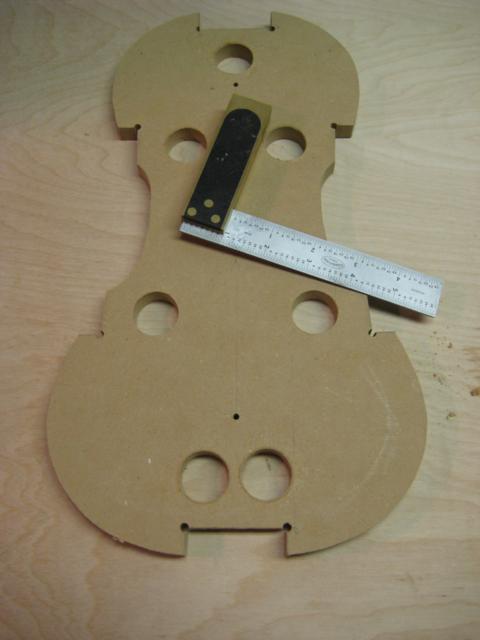 After getting all the holes cut out, I sealed the mould with polyurethane to protect it from any stray glue.

The violin pattern I’ll be following comes from Henry Strobel’s Violin Making book. The pattern itself is based off of a violin made by Leandro Bisiach and it is of classic Italian (Stradivari) style. The first thing I did was take the pattern to a FedEx shop and made several copies in case I screwed up. Despite the warning in Strobel’s book about using a regular copier, my copies came out as perfect as I could tell using my digital calipers to gauge. I then glued the pattern copy to 1/4″ birch modelers plywood. In hindsight, I may use aluminum sheet next time as it’s a little more durable and the edges would be crisper. After gluing on the pattern, I cut it out by hand using a coping saw. I then sanded close to the lines by hand and and using a drum sander on my drill press.